A duct, or to be more specific a duct fan or propellor are used for propulsion or direct lift in many types of vehicle including aeroplanes, airships, hovercraft, submarines and even vertical take-off and landing aircraft.

There’s been plenty of research and development to ensure these ducts continue to become more efficient, which arguably can be attributed to a company based right by the Yorkshire Moors.

Established in 1931, Marshall Slingsby Advanced Composites provide innovative composite solutions using new materials and processing techniques and have a rich heritage in the duct domain across air, land and sea. Some of these even good enough for James Bond himself! 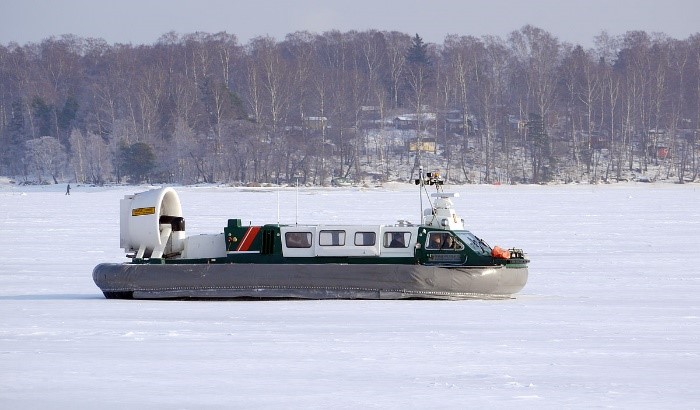 The Slingsby The SAH 2200 is a compact military hovercraft that has the capacity to transport a maximum of 12 fully-equipped troops, 23 passengers, or alternatively a payload of up to 2.2 tons. Work on the vehicle commenced during the early 1980s, leading to full-scale testing during 1986. Quantity production of the SAH 2200 was achieved during the early 1990s, with several examples being sold to international military operators. An early prominent customer was the Finnish Border Guard.

The SAH 2200 was fitted with a large 1.2 metre diameter propeller duct which was made of a lightweight monolithic construction using E glass woven cloth and with an epoxy resin system. Over 30 ducts of this construction were manufactured and gave incident free service over their lifetime.

This particular duct was manufactured for a Finish hovercraft manufacturer and was notable for its large diameter at 3.3m. Given the large size and very limited number of production units, a manufacturing solution which required minimal tooling was adopted. A series of foam sections were CNC machined and then bonded together in stages to create the duct structure. At incremental stages these sections were covered externally with an E glass / epoxy resin laminate to form the internal front and rear spars. Once this construction was complete the external skins were create by direct infusion onto the foam construction. A final finishing operation was performed on the aerodynamic surfaces to provide an acceptable surface finish. 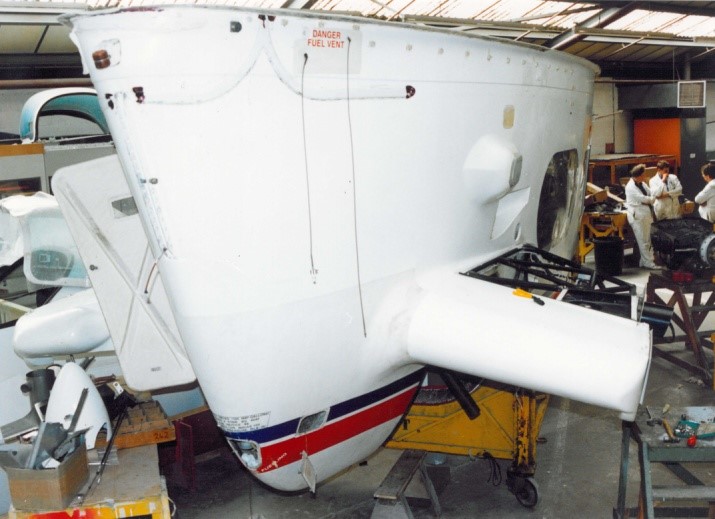 This famous, four-engined, non-rigid airship introduced new materials and technology to airship manufacture and operations of which a gondola moulded from Kevlar-reinforced plastic was applied.

This particular duct followed the construction methods used on the SAH 2200, with the finished component being fitted to the Airship International Skyship 5000 and 6000 airships in the late eighties. This duct was fully swivelling to allow thrust to be vectored over a full 360 degrees.

What’s more, this airship was shown in all its glory during The James Bond movie, A View to Kill!

In the film the first introduction to lighter than air travel is when the villain Max Zorin, played by Christopher Walken, made an appearance in the airship used as a "mobile" flying headquarters and conference suite.

A mock up model had been made showing a larger Skyship 5000 with a double decked gondola and four ducted propulsion units. This was shown floating over San Francisco Bay, and cleverly disposing of one of Max Zorin’s passengers.

The ship was similar to the designs at the time of a larger skyship 5000 and the envelope and shape of the gondola can be seen as almost direct copies of the designs. The ship was mocked up in green Zorin Industries livery.

As the ship flies in to San Fransico for the final half of the film, the Villain's assistant, May Day, portrayed by Grace Jones, looks out of the front of the ship's gondola exclaims "What a View.." and Christopher Walken finishes the line "... to a Kill".